About: Penrith features the second studio for Stormer Music. Set in the Henry Lawson Shopping Complex the venue boasts a large to-the-door carpark in a built up and well lit area. The space contains six studio spaces, an office, a staff area with kitchenette, bathroom and a large waiting room. 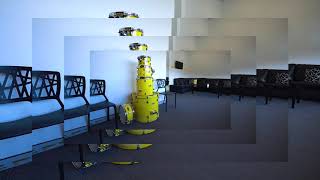 Lynsey

Read More
Teaching for all abilities and ages. This school caters to the individual student and teaches not only the practice of your chosen instrument but the craft of musicianship.

Peter

Read More
Stormer Music is amazing! My kids love their lessons, their tutors are fantastic, no complaints.

Susan

Read More
I’m extremely happy with my son’s lessons. He hasn’t stopped playing since he started, he’s practicing after school and in the morning, I can’t get him off.

George

Read More
Your end of year concert was the best student concert we have ever been to, and trust me, we have been to heaps!

Joanne

Read More
Thank you for the wonderful 12 months our son has had so far in guitar lessons with you. Your talent, enthusiasm and care have kept him interest and motivated. We have been delighted with his progress.
Previous
Next